Edited By Christi Given

Pop, Rap, and even Urban crossover music – it’s the sound that’s been ruling the secular airwaves for the last 5 years now. But while music trends come and go sonically, there’s always one constant – the vulgarity portrayed in both lyrics and the overall image of the artists themselves. While yes, back in the 60’s, Elvis and his pelvic thrusting, heartbreaking persona was considered scandalous to the core – the world, now in 2021 doesn’t even bat an eyelid at his innocence that at the time was anything but. In 2001, Christina Aguilera’s “Stripped” era caused months-long hysteria in American media.

In today’s times, there’s always new artists (often driven by their labels) that love to push the envelope with selling sexuality, vulgarity, immorality, and even abuse or the mistreatment of women. Even seemingly innocent tongue-in-cheek pop stars that market to younger teens, such as Camila Cabello, Britney Spears, Tinashe, Oliva Holt and the newest breakout star, Olivia Rodrigo, can’t even release a lead single without a swear word or two, suggestive dance move in their music video, or a disgusting, polarizing feature with an established rapper.

While the nature of secular music will never change (after all, from a business standpoint, sex DOES sell which we hope to change that here at HWN not forever) – as Christians, we have the freedom through Christ Jesus to filter everything we consume through His lens. W.A.P by Cardi B and Megan The Stallion may be the most brainwash-inducing, desensitizing, opposite to “female empowerment” most filthy track ever made – but the reality is, it’s being blasted by Mums with a car full of babies on the way to the school run. It’s the anthem for Tik-Tok’s latest dance challenges, an app mainly used by school students. 95% of the time, it’s important to note that it’s not just the songs themselves that contribute to the downfall and brainwashing of children and the sexualization of society as a whole – it’s the SPIRIT behind it.

Holywood’s very own founder and creator, Christi Given, has a great episode of her podcast “Building God’s Kingdom in Holywood” that outlines the spirit of Jezebel in depth. Much like how the devil operates in his mission to steal, kill and destroy, the seducing spirit is real. People need to be aware of what they listen to and what words are spoken over them. What we can also do at best in the physical world is to protest the darkening of secular music by not buying or streaming even the clean version of songs, boycotting certain radio stations and record labels, signing petitions and so forth the most important thing we can do for our eye and ear gates as believers is to support the Godly, conservative artists that inspire and enrich them.

In the CCM and CHH world (That’s short for Christian Contemporary/Pop and Christian Hip Hop for all you music lingo newbies!), there are TONS of just as cool, and straight up even better pop, rap, urban, hip-hop, and even rock equivalents to all of your favorite secular artists and tracks. Some of them are more up-and-coming, are self-funded and independent, some have won Grammys, some have been boosted by going viral, and some even have their own businesses empires to go with it. So below, you’ll find comparative Christian artists that make music that goes hard enough to bump in your car or at a house party – and that’s equally safe and inspirational enough to play at church and around your kids. Did we include some of your favourite artists?

For Fans of Travis Scott/Kid Ink/Post Malone Listen to Christian Artists: KB and Aaron Cole
Aahhh, the not-really-spits-verses but has a singing voice that comes with bucketloads of autotune kind of rap artist. That quintessential speak-singing/trap sound that’s notorious for catchy earworms with very questionable, objectifying lyrics, topped off with some of the most slickly produced beats you’ll ever hear in this modern era. Sure, we all know and love ourselves some Lecrae and Trip Lee, but they’ve been ruling the CHH game for a while. If Holywood could ever recommend any new person, ever, into your Christian celebrity repertoire and Spotify playlist, PLEASE make it KB and Aaron Cole.

5 Artists to Add to Your Spotify Playlist Like ASAP:

1.) KB Hip Hop Artist
(That’s the lowercase initials for his birth name, Kevin Elijah Burgess, by the way). KB has been making solo records since 2014, but like the history of many rappers, was part of a rap group before becoming his own artist. After finding moderate success with HGA, he signed with major CHH label Reach Records (Lecrae’s Label) in 2010. And while he left Reach last year, his best album to date, His Glory Alone, is a testament that quality music doesn’t always require big time funding. With samples of already-huge, already-loved worship songs included in some tracks such as Hillsong’s ‘So Will I’ and Chris Tomlin, character-building lyrics that speak directly to young men reminiscent of verses from Lecrae’s “Church Clothes 3”, tracks to both pump you up and leave you in a place of awe and surrender and stunning video visuals to match – KB definitely one to follow.

Listen to: Aaron Cole’s “Off My Back”
While his name started to make a steady rise in the Christian music industry when he collaborated with Hollyn on her single ‘Steady Me’ in 2014, signed to TobyMac’s label Gotee Records in 2016 and won a Dove Award for “Best New Artist” in 2019, Aaron Cole’s star shone in the CHH community long before his name was ever mentioned in the media. An equal mix of Chris Brown-esque vocals and Trip Lee, Cole has worked and trained as a double threat rapper and singer since the age of 4, recording in studios as a young child and even performing with Dirrty Rice at local fairs and shows. He is the living proof that hard work, trusting in God and believing in His plan can lead you to your destiny, and that is exactly what his music encompasses with the perfect blend of smooth R&B vocals and powerhouse radio-ready rap.

One of his best bodies of work, his 2016 EP If I Can Be Honest (which features his longtime mentor, producer Dirrty Rice 15 years later, might we add!) lyrically covers everything from his then-teenage parents almost aborting Aaron while he was in his mother’s womb, heartbreak from past girlfriends, to being frustrated at the pace his music career is going to his very humbling upbringing in Bristol, Virginia. His latest singles, ‘Like You’ featuring Tauren Wells and label boss TobyMac, and ‘Miracle’, have produced much fanfare on social media.

3.) If you like Beyonce/John Legend Check Out: Evvie McKinney

At just 23 years old, Mckinney is already considered a music industry veteran – both in the secular genre, and out of it. In 2019, Evvie beat out thousands of those who auditioned and dozens of contestants on Fox’s reality singing competition show, The Four, her powerhouse vocals, effortless ear for melodic runs and grit to give Tina Turner a run for her money blowing the celebrity judges and viewers away. She was subsequently signed to Republic Records/Bad Boy Ent. and named iHeart Radio’s “Artist To Watch” as her prize, receiving plenty of secular media attention including a slot to sing her debut single “How Do You Feel” at the Teen Choice Awards. And while mentorship from the likes of Diddy himself (has anyone seen what Making The Band did to the careers of the girls from Danity Kane?!) and a multi-album record deal are opportunities that new artists can only dream of, fans of Evvie were quick to notice the continued delays in the releases of new music.

Despite all the politics that was going on behind the scenes, Mckinney kept fan engagement high by posting covers on YouTube and regularly going live on Instagram. Finally, in 2019, she posted an IGTV that answered everyone’s questions – video footage of her, her team and her family in the boardroom of Capitol CMG and Motown Gospel. With tears in her eyes, she explained the heartaches and corruption the music industry can bring to an artist, before officially signing a joint deal to the CCM labels. She released her long-awaited Gospel-Pop single, ‘Bring The Whole Hood’ in 2020, which reached

Some other artists that I love are Tori Kelly, Mandisa, Blanca, Britt Nicole, Beckah Shae, Kari Jobe, Lauren Daigle, Hillsong United and Hillsong Young & Free. Check out Beckah Shae’s cover of Justin Bieber’s song “Lonely,” but she changes the lyrics for God’s glory. She also has her own albums out and original songs and material that have gotten her millions of streams and also music awards.

5.) If You Like Adele, Christina Aguilera, or Norah Jones: Listen Lauren Daigle

Do you have any artists that you love on your Spotify playlist? Comment below to let us know of some of your favorites! 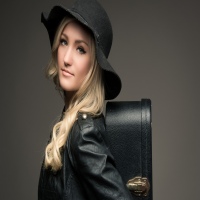 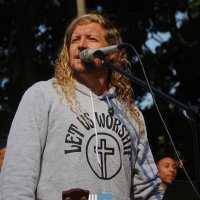 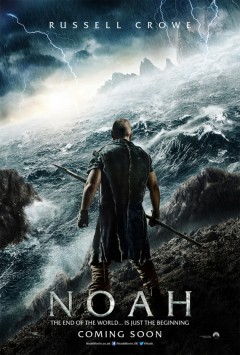 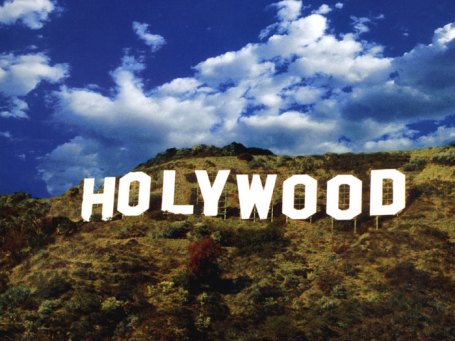 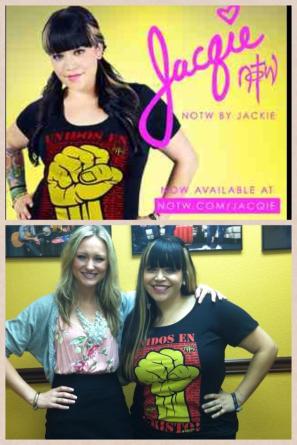 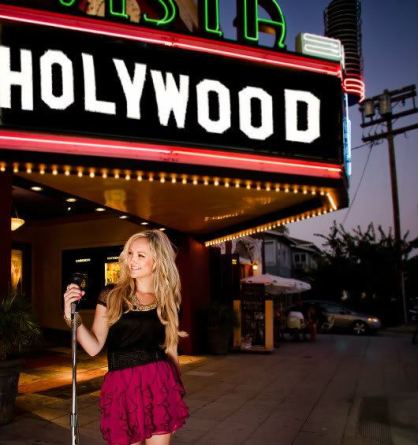 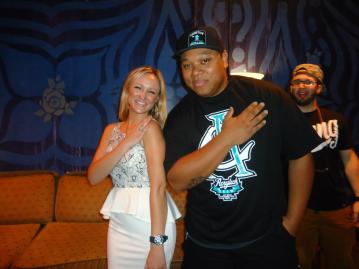 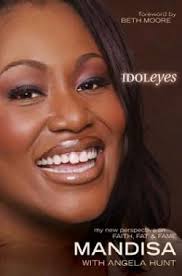