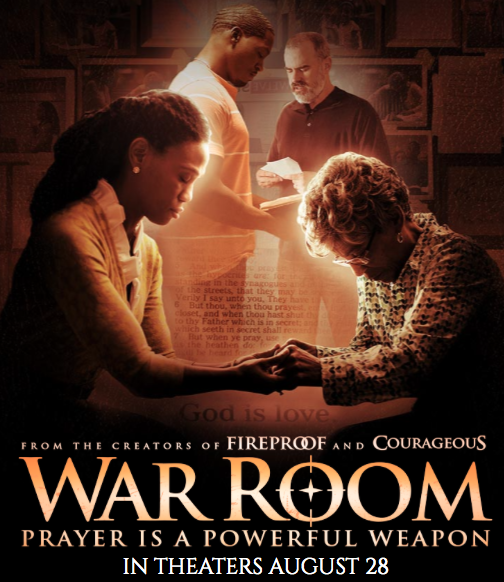 According to sources such as Variety, and other box office reviews, the Christian film, “War Room” has taken “Straight Out of Compton” from the number 1 film in America after its release over Labor Day weekend.

Variety and Billboard recently reported …”that is has a low-budget price tag of $3.5 million and is the best performer in the genre since Sony’s “Heaven Is for Real” took in $91 million in the U.S. last year.” From Breathcaste, a Christian media site, it explained that the film made 9.3 million and counting with the initial cost of $3 million to make. The film, “War Room” discusses the power of prayer and being a loving neighbor and friend. Alex and Stephen Kendrick wrote the script for “War Room” and are known for positive faith based films such as ‘Fireproof,’ ‘Facing the Giants, ‘Courageous,’ and more. 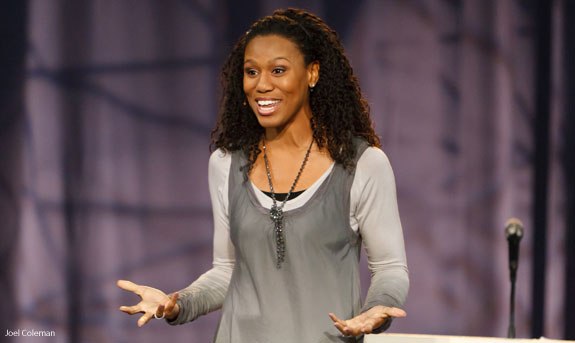 Alex Kendrick directed the film and Christian women’s Pastor and speaker Priscilla Shirer (Christian singer ANTHONY EVAN’S sister) was in the film. Anthony Evans was previously on the VOICE if you remember, and is known for his Gospel music.(http://anthony-evans.com/) 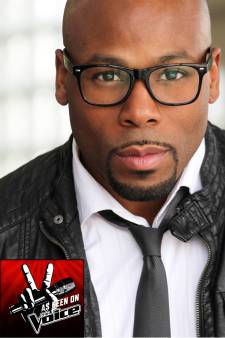 Shirer did a great job as one of the lead characters in the film who grows over time spiritually in her walk with God and learns from Miss Clara, an elderly woman whom is her client. Miss Clara ends up working for her in some ways, praying for her, encouraging her in her marriage and also imparting wisdom on the power of a prayer room (Miss Clara has prayers and letters in taped on the wall in her prayer closet), which is also known as her well, “war room.” Beth Moore (a Christian author and speaker), makes a cameo appearance and the movie stars Alex Kendrick, T.C. Stallings, and Karen Abercrombie.

The movie is heartwarming, inspiring, funny, sad, and is moving. I encourage any one who wants to hear about a message of hope and redemption to check it out. The slogan for the film is, “PRAYER IS A POWERFUL WEAPON.” To be honest I am kind of shocked that the film is in the number 1 spot in America right now and am seeing the move of Holywood more and more. Of course I know God is able to do this (Ephesians 3:20) but thinking about the different films out there that this is in the top spot really just shows that people desire more positive movies.

“Therefore confess your sins to each other and pray for each other so that you may be healed. The prayer of a righteous person is powerful and effective.” -James 5:16

I love the fact that this film talks about Jesus and the Gospel, (John 3) and how prayer changes circumstances and creates miracles. I also love that the theme is that God is love. He forgives us so we should forgive others! Just as Priscilla Shires’ character has to forgive and love her husband unconditionally, this shows that love never fails and that God doesn’t give up on us when we fail Him. I love it.

Did you see the film and or do you plan on seeing it? What are your thoughts with the box office sales?